Do People Still Listen to the Radio?

Or should I spend my money advertising on it?  That's really the question you are probably asking yourself.


Recently my teenage son and I were in the car traveling to one of his many activities.  The radio station we were listening to was one a client of mine was advertising on.  Every time the commercials came on he wanted to change the station.  The commercials were what I wanted to hear!  He politely said, "Mom, no one listens to the commercials."  Ouch.  Considering what I do, that was painful.  (Fortunately for my client, teenage boys are not their target market.)


Yes, people do still listen to the radio, even the commercials.  You probably won't find as many teenagers with a radio blaring in their rooms as you once would have. They are all listening to their ipods now.  As long as we aren't legally or physically able to watch TV while we drive, radio will still be around.


Radio is an interesting medium for advertising.  There are no more voracious salespeople than radio reps. They can convince even the least likely of advertisers that they can give them the deal of a lifetime.  Radio isn't right for everyone though.
If you are in a business-to-business selling environment (you sell your product or service only to other businesses) then radio probably isn't a good option for you.  The number of decision-makers in businesses that listen is small.
If you do sell to consumers, but only within a very small geographic area, then radio probably isn't for you either. Radio covers a large area.
Radio is best for businesses that can draw from a fairly large geographic area.  Otherwise, much of your advertising dollar is wasted.  True, the customers in your neighborhood will hear the commercial, but you are wasting dollars advertising to consumers miles away that have no interest in traveling to purchase your product or service or may even find the same type of business just down the street from them.
Statistics show that radio advertising has increased over the last year.  Why is that?  It could be for several reasons.
1. People still listen while they are in the car.  There aren't too many other options for entertainment in a vehicle.  At least not too many legal ones.  So you have a captive audience.  Advertisers recognize this.
2.  Listening to the radio is still something you can do while performing other tasks.  So consumers are still listening even if it is while they are doing other things. There are stations that cater to people that listen at work.  Most of them are called "Easy Listening."
3.  Costs were low.  I say "were" because they have increased over the last 6 months with the resurgence in radio advertising interest.  Some of it started with the recent election, but the phenomenon continues.  Relative to other forms of advertising, it can still be a good "buy."
4. Radio results are quantifiable.  If you place an ad and more people buy from you it is trackable.
5.  Advertising on the radio works well with other forms of advertising.  The reinforcement of your message is strong.  It works especially well with print forms of advertising so that your prospects get both the visual and auditory senses stimulated by your advertising.
6.  You can place a large number of "spots" on radio, which increases the number of times your prospects and customers will hear your message.  Repetition is important in marketing.
7.  It is still a relatively inexpensive way to advertise.  Radio advertising can still pay for itself.
Radio isn't for everyone.  And you have to be careful you choose a station that caters to your target audience.  If your business serves a large geographic area and provides consumer products or services, it may just be for you.  As always, it should be part of a total strategic marketing plan.
What do you think?  Is radio advertising dead?  Does it pale compared to social media?  Let me know what you think.  Comment below.
Cindy Neky
Contact me.
Marketing Pathways website
twitter
Cindy on LinkedIn
Posted by Cindy Neky at 11:01 AM 2 comments: 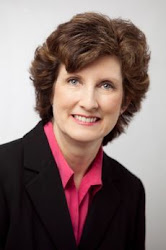 Visit our Web site for information about our marketing services.

Follow Us By Email- We Will Not Sell it Or Give It Away!